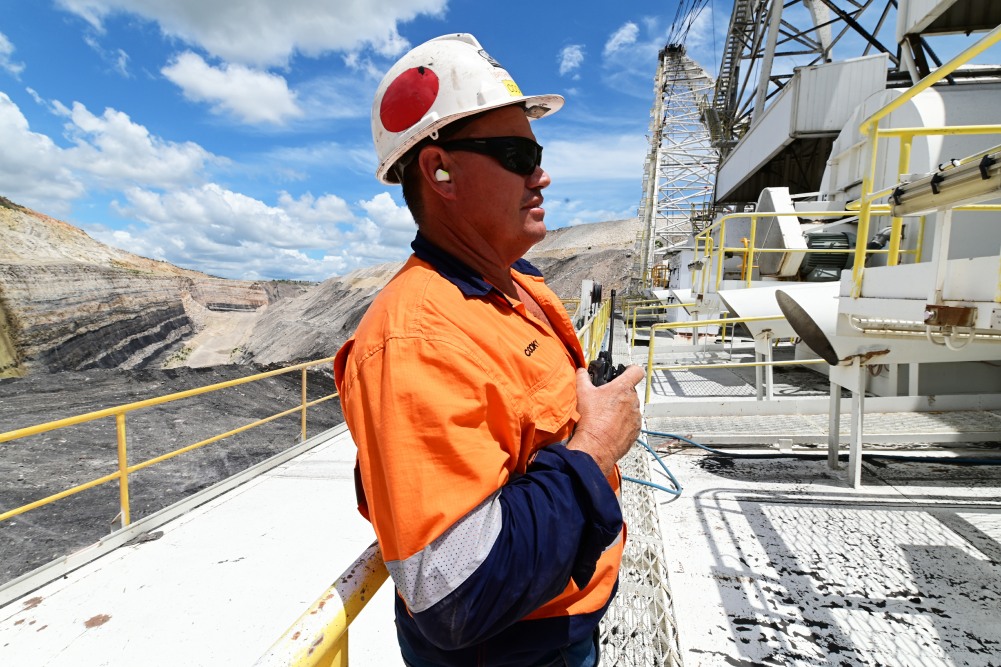 Working at the Callide Mine is a family affair for many Batchfire employees who follow in their relatives’ footsteps by choosing a career in mining.

The mine has been the backbone of the Biloela economy for more than 75 years and Batchfire Resources is the Callide Valley’s largest employer, so it’s no surprise that many families have a long association with the site.

One of our longest serving employees is dragline operator Ashley Cook. Originally from Monto, he started at the Callide Mine in 1986 having previously completed an apprenticeship as a butcher.

Ashley was assured of a friendly welcome when he joined the mine as a trainee, since his dad Harold Cook was a dragline operator who first worked here in 1962 then became a full-time employee in 1974.

“I got started on the dragline back in 1990 as a relief for operators when they went on holidays,” Ashley said. “Then I joined the team in 1994 and I’ve been doing it ever since.”

“My dad would have stepped onto the dragline in about 1979 and he retired in 2007, so between us we’ve clocked up around 60 years as dragline operators at the Callide Mine which is pretty good going.”

There are currently two draglines at the Callide Mine. Ashley is part of the team on the Marion 8750 Dragline #2, having started on the smaller Bucyrus Erie 1350 Dragline #1.

“I really like the job, it suits my skills and it’s traditionally been an important role within the mine. It takes a crew of three to work the dragline so I enjoy being part of that smaller team that functions within the much larger operation.

“As a team during a twelve-and-a-half-hour shift, we alternate between stints in the cab, working on the dozer and completing inspections or walking the machine,” he said.

“The dozers have become far more sophisticated with new technology during my time at the mine – when I started in the 1980s some of them didn’t even have two-way radios!

“I’ve been a trainer for dragline operators since around 2010, which allows me to pass my experience on by teaching the required skills to people who are new to these machines.

“As the senior member of the crew, I believe it’s important to lead from the front. If there’s something that needs to be done you just get in and do it, which was a lesson I learned from my dad.”

Batchfire is proud of the residential employment model and family-friendly rosters that help our employees enjoy rewarding careers while following personal interests within the local community.

For Ashley, this means spending time on his cattle property and pursuing his lifelong passion for music that continues Australia’s tradition of bush balladeers.

“I’ve performed as a singer for most of my life. Over the years I’ve released seven albums, won a competition at Tamworth and toured all over Queensland,” he said.

Ashley’s successful music career has seen him added to the Australian Country Music Hands of Fame at Tamworth in 2019 and named as Banana Shire’s Cultural Award winner at the Australia Day Awards in 2021.

“I’m working on my eighth album at the moment and I’ll be playing live again at Tamworth later this year,” he said. “I love the live shows, it’s just what I do and they’ve been a lot of fun over the years.

“My song about being a dragline operator gets plenty of attention, it’s been viewed almost 23,000 times on YouTube and it’s a big hit with my grandkids!”

To find out more about Batchfire you can connect with us on LinkedIn or contact us here.